The devices we carry act like a mirror in to which we pour our souls. They promise to bring the world to our fingertips but so often leave us in fidgety frustration. They reveal a mundane futility of our repeated attempts to pass the world through a screen.

The World Wide Kendama is a proxy for this condition. A toy-like simulation of it technological twin. A mute  opposite of sophistry. It mimics the real device in a dumb rendition of the telematic drudgery and endless cycles of clawing at  electronic ephemera.

But how often is the fool wiser in its intuitive understanding of technological determinism?

In its mimicry the WWK becomes a child’s toy that emanates a warmth to the touch. An object that absorbs the obsessive frustration we place on our device. It’s fidget toy, a fake cigarette, a placebo.

It is a Kendama with a wooden ball. The ball is a globe of the world attached to the screen. When you play the Kendama the world passes through the screen aping the endless arc of a life that social media promises but only leaves you in knots 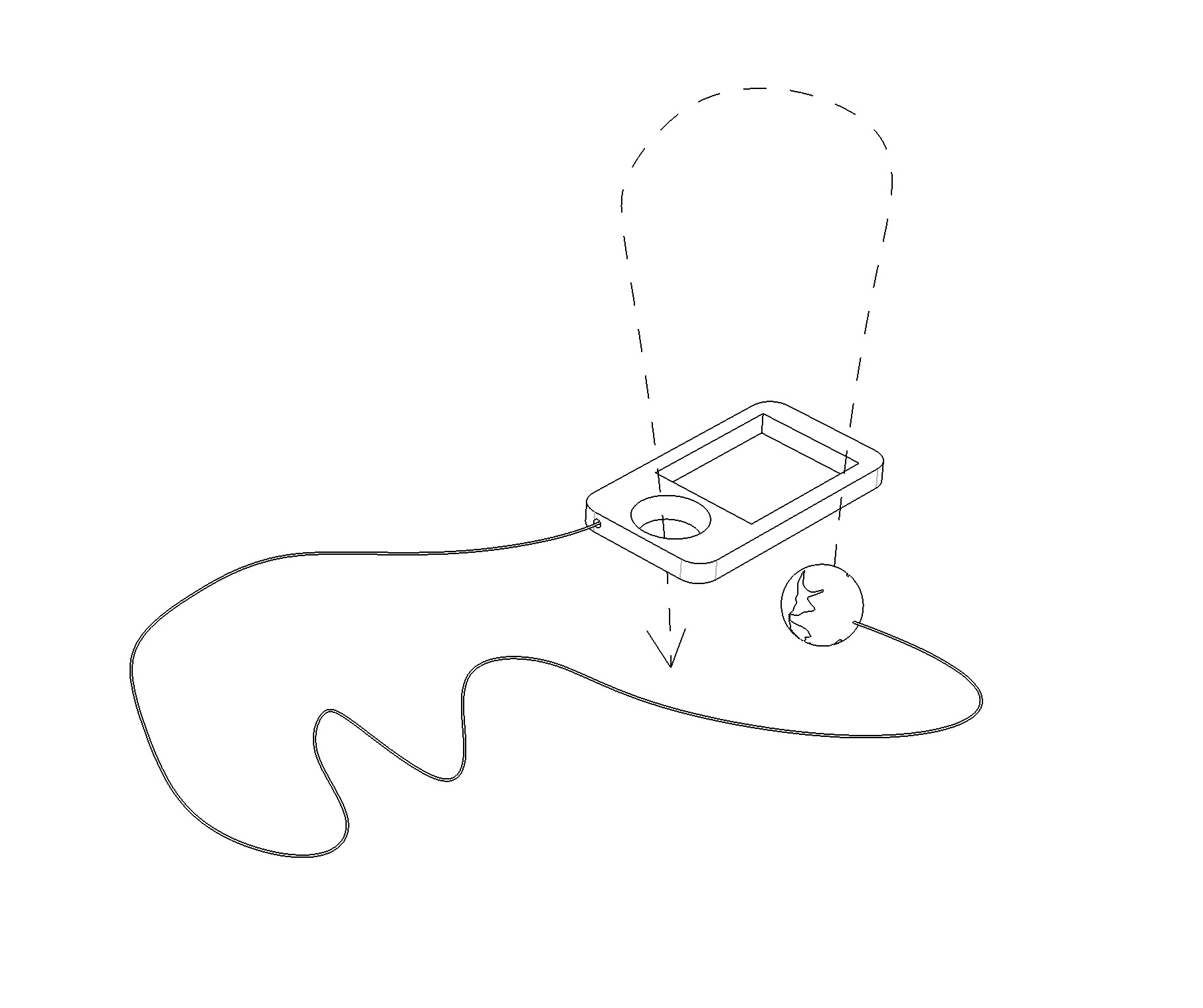 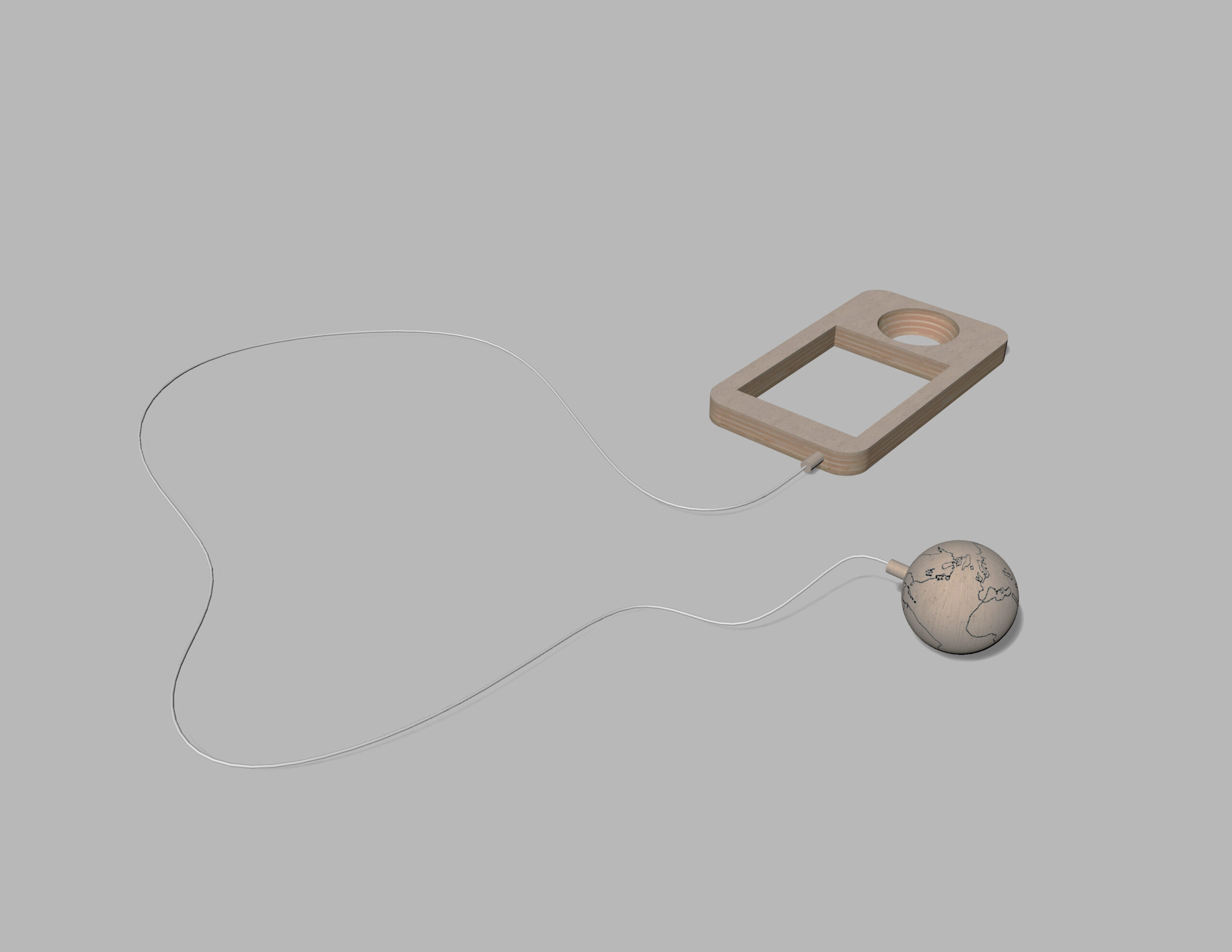 The Usual Outlets is a series of speculative design fixtures and fittings for the Family Support Center in Santee Sioux currently under construction. These objects provide additional support for interior elements and include electrical outlets, furniture, windows and doors. All objects integrate with the CLT primary construction and explore NOVATOP 3 Ply panel fabrication. 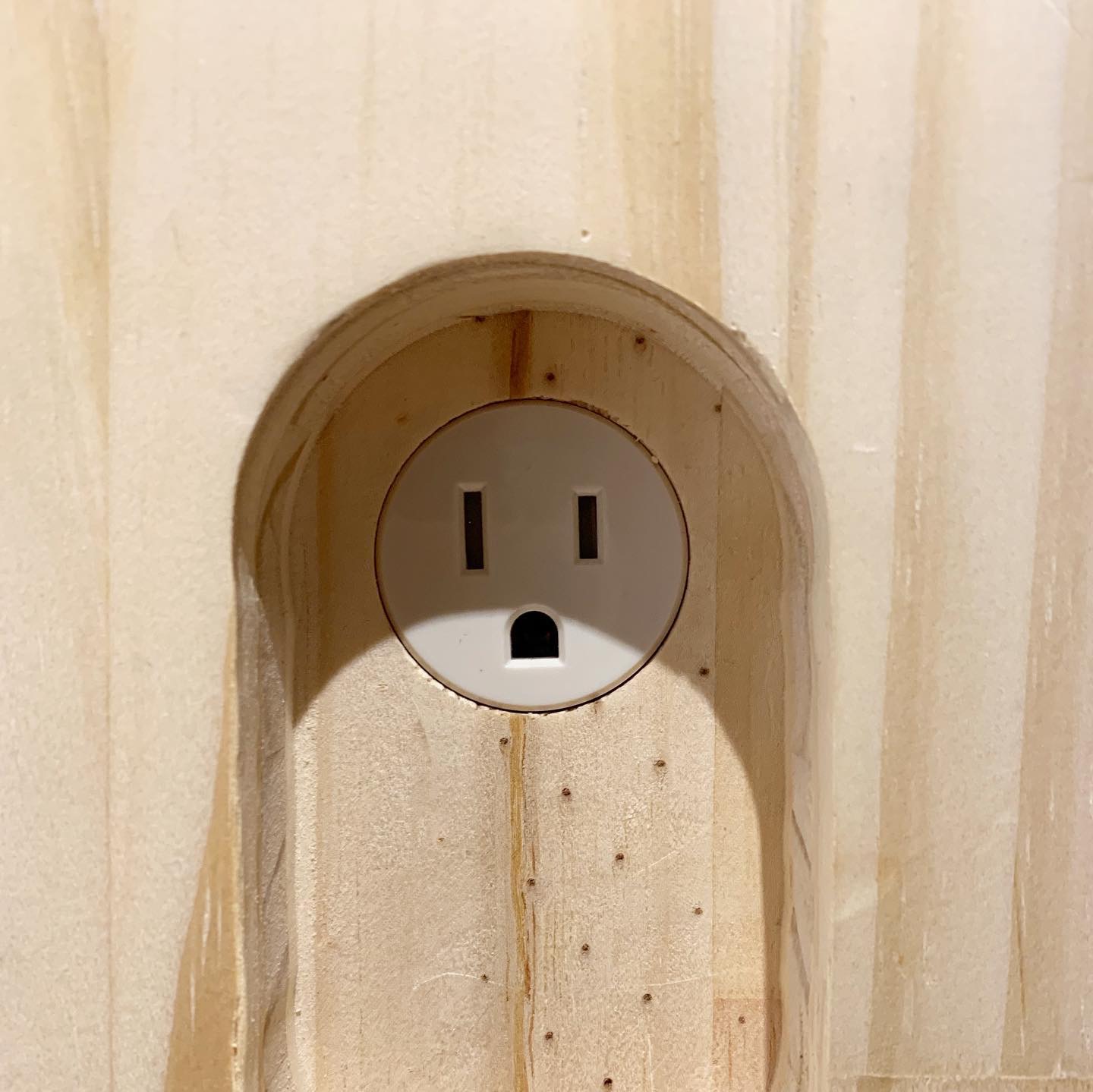 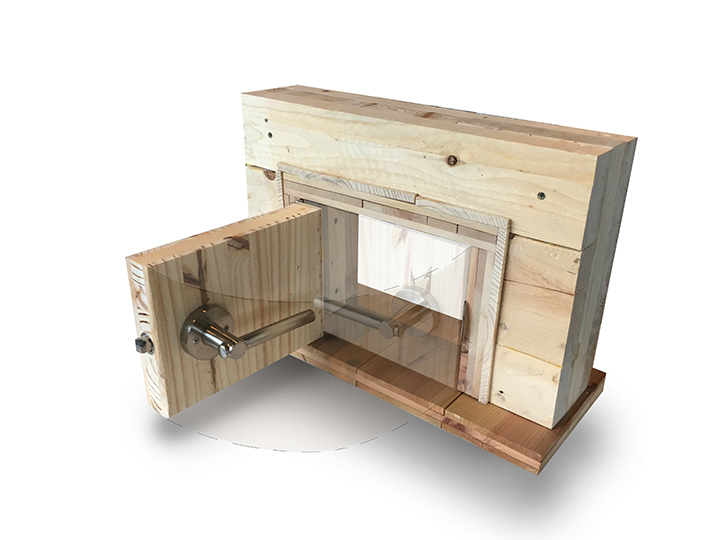 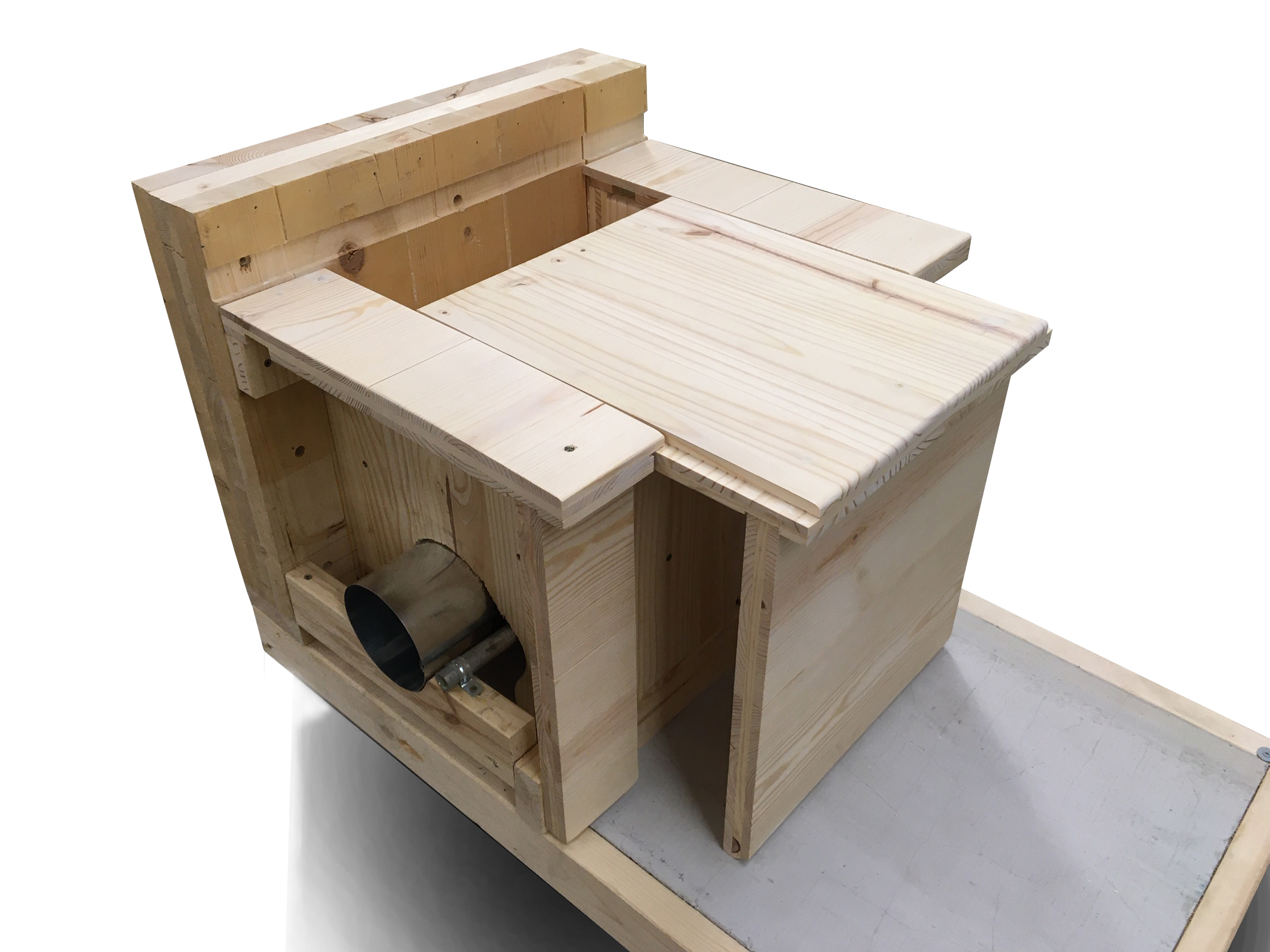 CLT House of “Dame” Things is an experiment in hybridizing CLT with discarded wooden objects. These objects may appear to have no immediate relevance to architecture but they are significant in the sense that they represent our daily experiences.

An old chair, part of a picture frame, spoon and so on.

They are what Yoshiharu Tsukamoto and Momoyo Kaijima describe as “Dame” or no good objects which, once discarded, become free agents of design reappraisal. 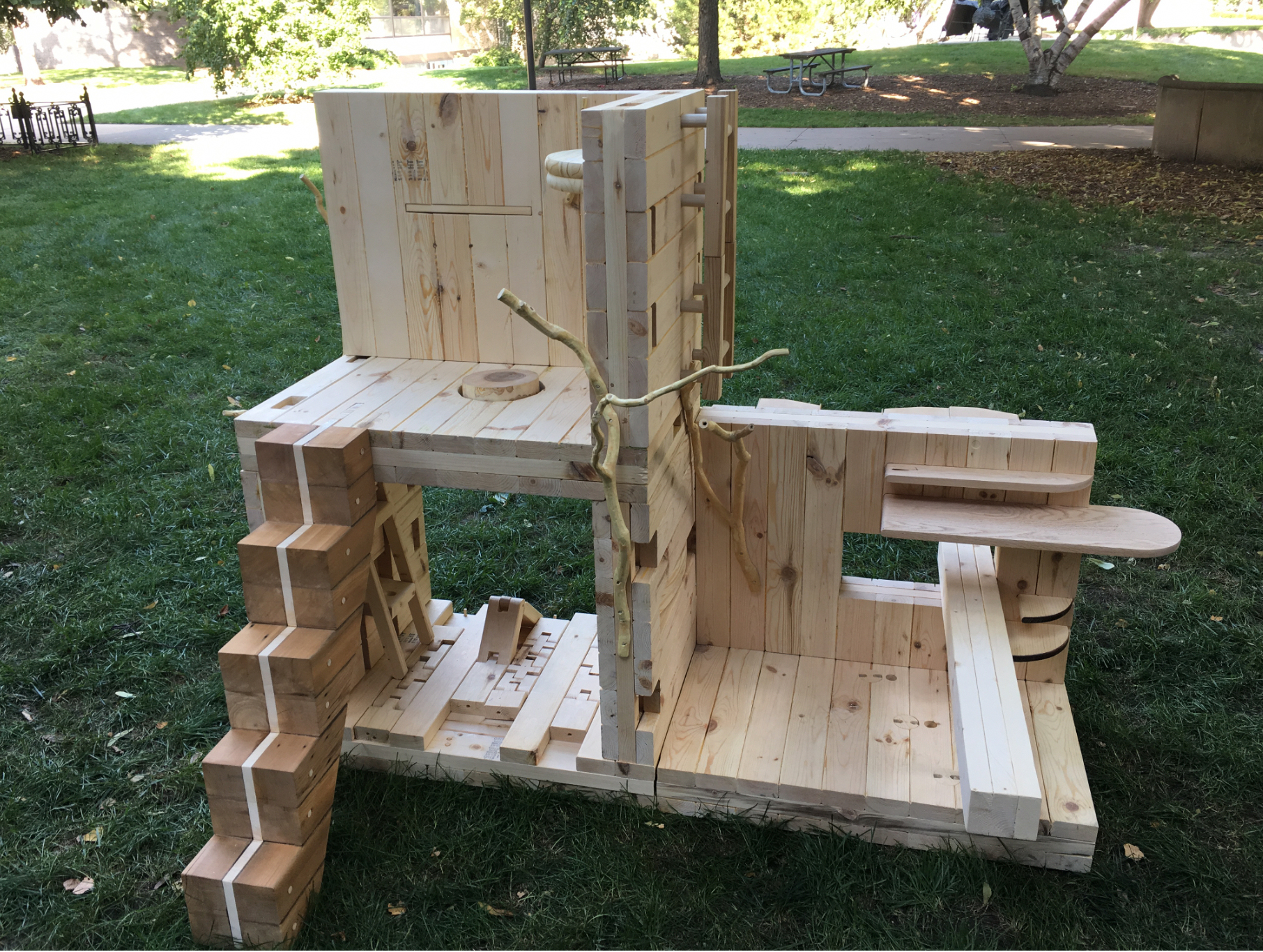 The act of hybridizing the “Dame” object with CLT forms the basis for its transformation into architecture i.e. furniture/wall,  picture/stair relationship. Hybridizing the object with CLT also provides a critique of their relative position within market economy: the Dame object is “exiting” with no exchange value and CLT entering as an “innovative” product with value.

Each hybrid fits together as  a full-scale assemblage where each fabricated element is set within a form of the small house envelope. This house represents a collective design process where all students collaborate on the overall structure.